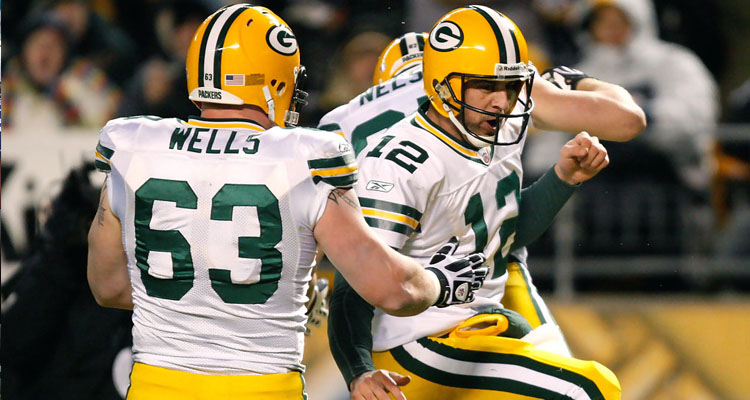 It takes the best two teams from both conferences to reach the Super Bowl each year. Not chosen by an anonymous committee, not random selections from a nameless computer, and certainly not voted by crazed fans. The Steelers from Pittsburgh and The Packers of Green Bay have earned the honor to appear in Cowboys Stadium on February 6th, by skill, determination, hard work and maybe even some luck.

The 16 game regular season schedule might seem short compared to some other sports, but level of intensity displayed in each down of every single game more than makes up for its brevity. The playoffs are also a different subject. Many sports offer series of games in the postseason; at least two legs played in the two teams’ home fields. The NFL playoffs on the other hand do not forgive (nor do they forget). The best winning record means little more than home field advantage and a first round bye here. Your 16 wins up to this point guarantees nothing if you can’t beat the 8-8 upstart from a weak division.

Super Bowl. This is where the two best teams meet. Both sides are tired, both wounded. They’ve beaten long odds, bitter division rivals and unforgiving postseason schedules to get here. I’ve followed the Packers almost every week up to this moment, if you count the few weeks I missed as regular season losses. Now here we are, on the brink of a possible return of the Lombardi Trophy home. I will not do the Steelers any injustice by trying to present any sort of coherent analysis on them, but rather stick to the Packers and show what they can bring to the table to appease the football gods.

Running Offense:
The offense fielded by head coach Mike McCarthy has been labelled “finesse offense” throughout the season. The inadequacies of the run game, however, are by no means for lack of trying. Many coaches preach on the importance of never giving up on the run, but McCarthy actually practices it and runs a more or less balanced offense. The full house backfield seen late in the season had some (albeit limited) success due to the capable blocking of FB Quinn Johnson and FB-turned-HB John Kuhn. The emergence of James Starks out of nowhere brought new life to the offense. Add to this the offensive-lineman-of-the-year performance from RG Josh Sitton, and you’ve got a run game that can take some pressure off the much feared passing attack. The frequency of negative runs is still a concern, and regularly puts the offense in 3rd and long situations.

Passing Offense:
The much vaunted passing game of the Green Bay Packers relies mainly on franchise QB Aaron Rodgers. Rodgers plays with the vision, poise and leadership of a 15 year veteran, and the dynamism and athleticism of a rookie. He is mobile in and out of the pocket. He can extend plays if necessary, but doesn’t hold on to the ball too much. He has commanding knowledge of McCarthy’s offense and his audibles at the line almost never fail to produce. His protection is solid compared to last year’s sack-athon and gives Rodgers the time and confidence he needs to make his throws. Green Bay receiving corps might be the best four in the league. Jennings is one of the best in the league with his ability to outrun anyone and create separation. Driver is a veteran slightly past his peak but goes through the middle of the field like noone. James Jones and Jordy Nelson could start for most teams. The group as a whole is as good as it gets, and their rare tendency to drop easy passes is more than compensated by their big play and yards after catch potential. Against a good defensive coordinator (and Steelers’ Dick LeBeau is a living legend in that field) the offense can readily sputter and die; but do not be surprised if Rodgers’ arm carves up Pittsburgh’s secondary like it did Atlanta’s.

Defense:
The 3-4 brought on by defensive coordinator Dom Capers is not even fully two years old, but it is easily one of the best defenses in the league. Capers is very good at passing along what he knows to players, and GM Ted Thompson’s successful build-by-the-draft strategy has put on the field (and on the bench) a defense that survived on of the worst runs of injury in Green Bay history. This defense has the league’s biggest line. Anchored by BJ Raji in the middle and Ryan Pickett and Howard Green at end, the defensive line of the Green Bay Packers can occupy as many blockers as most teams can field.

The linebackers as a group are very solid, with Clay Matthews and AJ Hawk playing as good as any other in the league. Matthews’ blitzes bring both power and speed off the edge. The secondary as a group might again be the best in the league. Charles Woodson, last year’s defensive MVP, seems to have quit cornerbacking entirely. He is instead lurking near the line of scrimage on almost every down disrupting plays and blitzing liberally. Defending the wideouts are rookie sensation Sam Shields and the great, indescribable play of Tramon Williams. Nick Collins is the Pro Bowl safety that wise quarterbacks avoid.

The defense as a whole is great at swarming the ball carrier, and their fundamentally sound tackling makes them very hard to elude. The turnover potential is always there. Any ball that is slighty less than on the money is fair game for the defensive backs, and any run game can turn into a fumble for loss quicker than you can say “Both hands!”. This defense carried the spectacular but unreliable passing game, and the non-existing running game all the way to the Super Bowl. Now they really need to step it up against Big Ben and the Steelers’ dynamic offense.

Special Teams:
The special teams of the Green Bay Packers are not the flashiest in the league. The team has no return threat on kick or punt returns. Kicker Mason Crosby is dependable, and punter Tim Masthay slowly rose from street free agent to the guy that shuts down the best returners like Devin Hester. The coverage teams do their job but also allow big returns, sometimes for scores.

This team suffered season-ending injuries to starters probably like no other team in Super Bowl history, but depth and perseverance made up for the misfortunes. All things considered, the Green Bay Packers deserve to appear February 6th in front of the world representing the National Football Conference.

The opponent – Pittsburgh Steelers – is talented, well coached and has Super Bowl experience. Green Bay football has a winning tradition and the team is confident but not cocky. If they lose, the young team will have a lot to build on for the coming years.
…but if they win? What if they win?